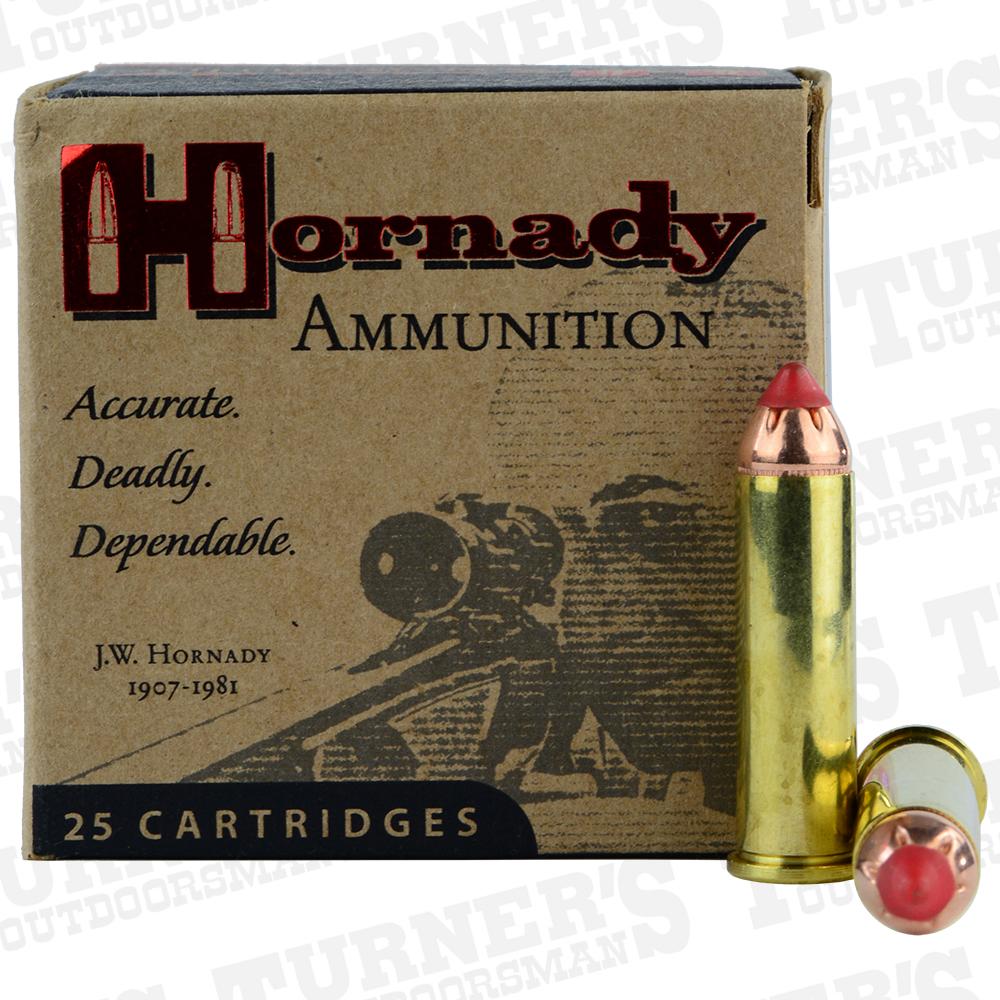 • Item ships by ground only

LEVERevolution is the most exciting thing to ever happen to lever gun ammunition. Hornady, the leader in ballistic technology, brings you an innovation in ammunition performance featuring state of the industry elastomer Flex Tip Technology that is SAFE in your tubular magazine. Its higher ballistic coefficient delivers dramatically flatter trajectories for fantastic downrange energy increases and amazing bullet expansion at all ranges. It truly is an evolution in lever gun ammunition!

In the past, lever guns were engineered to function ammunition loaded with blunt profile bullets. LEVERevolution’s revolutionary new bullet design may require a newer magazine follower to provide best possible functioning of the last round out of the magazine. These magazine followers may be purchased from the manufacturer of your firearm. For optimum performance we do not recommend storing LEVERevoultion ammunition in tubular magazines for extended periods, as this can result in tip deformation.