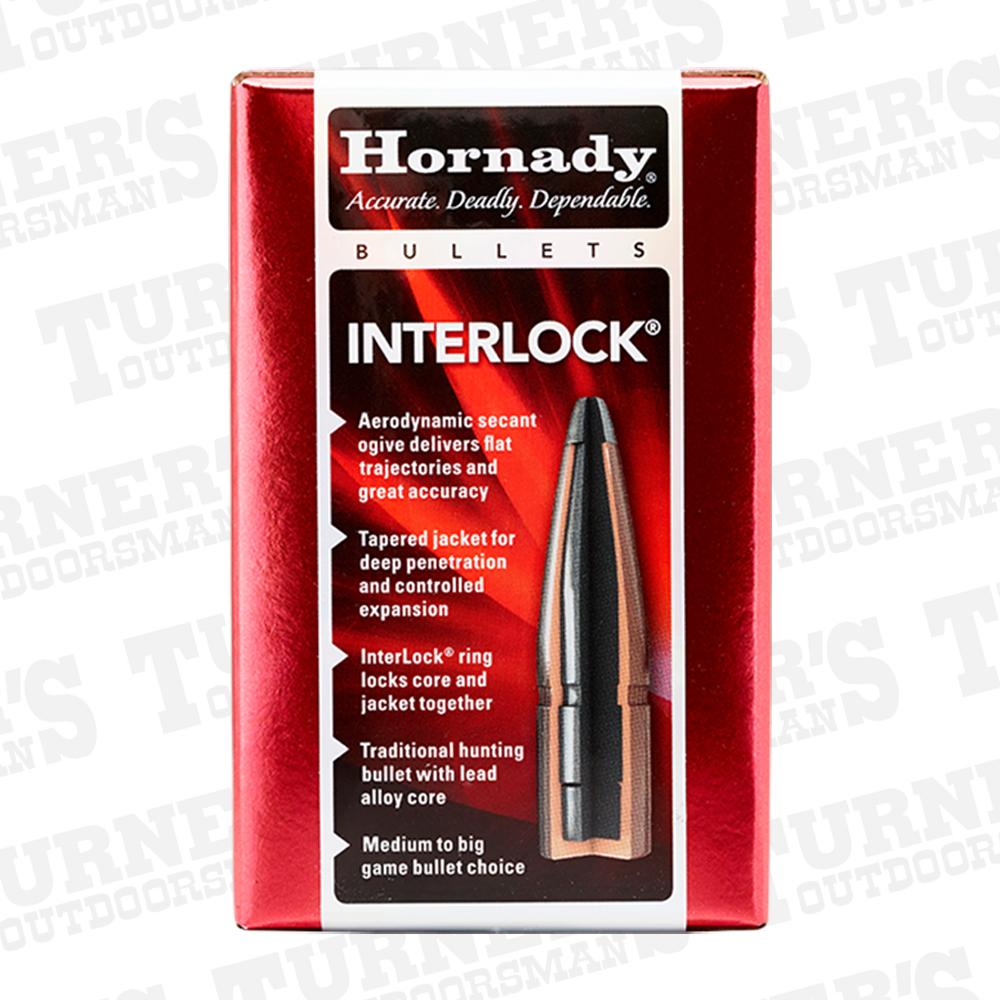 Hornady's traditional line of bullets feature exposed lead tips for controlled expansion and hard-hitting terminal performance. Most have their pioneering secant ogive design — one of the most ballistically efficient profiles ever developed. Most feature Hornady's exclusive InterLock® design — a raised ring inside the jacket that is embedded in the bullet's core that keeps the core and jacket locked together during expansion to retain mass and energy.

Strategically weaken the upper section of the jacket, ensuring consistent, controlled expansion, even at long range.

Tapered Jacket
Jacket thickness is precisely controlled for expansion at all velocities.

Cannelure
Provides accurate and consistent crimping and also works with InterLock® ring to ensure the core and jacket remain locked during expansion.

InterLock® Ring
The raised InterLock® ring is embedded in the bullet's core, ensuring the core and jacket are locked in one piece during expansion to retain mass and energy.