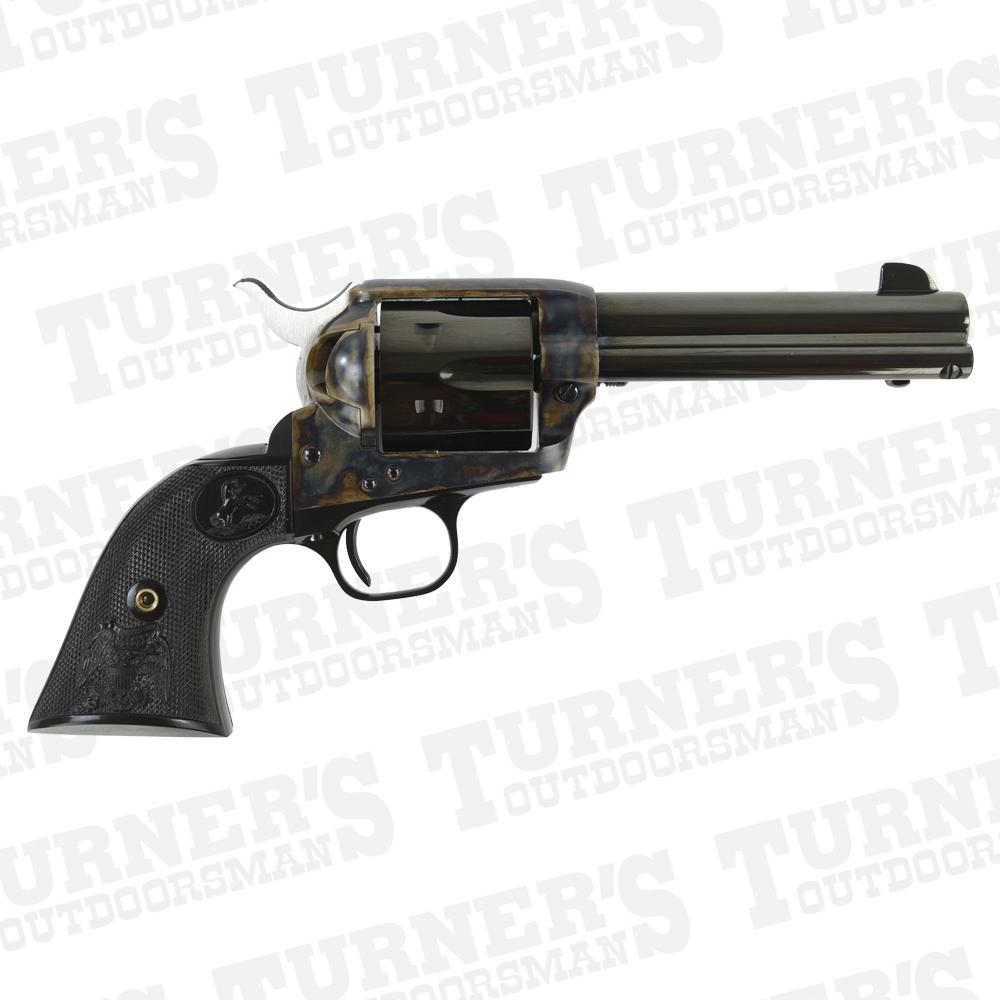 • Item ships next day air only

The Gun that Won the West

Introduced in 1873, no Colt revolver has earned greater fame than the Single Action Army®, The Peacemaker®. In design and performance, in line and form, no more sculptural and practical Colt has ever been created. Movies serve as constant reminders of the role this equalizer played in winning the West.

Large numbers of knock-offs and look-alikes have never been able to replace the real Colt. Records on the SAA Revolver are a Who's Who of action-oriented Americans of the late 19th and early 20th centuries including Buffalo Bill Cody, Theodore Roosevelt, Judge Roy Bean, Pawnee Bill Lilly, Captain Jack Crawford, Pat Garrett and General George Patton.